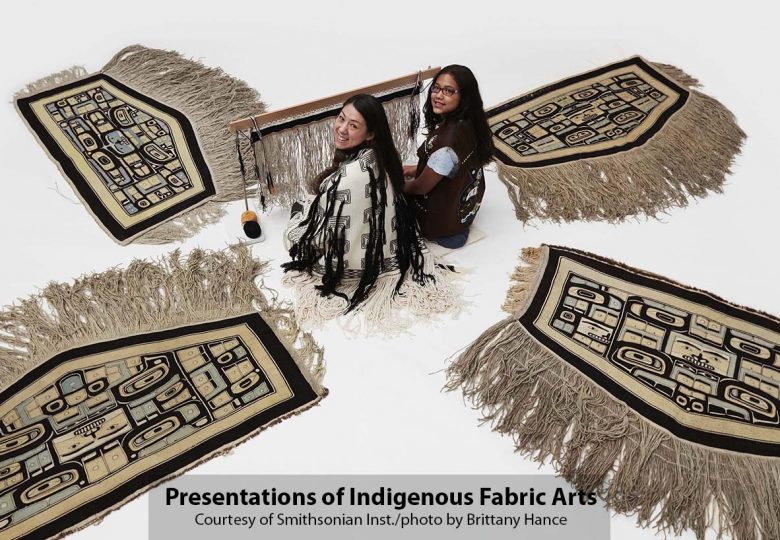 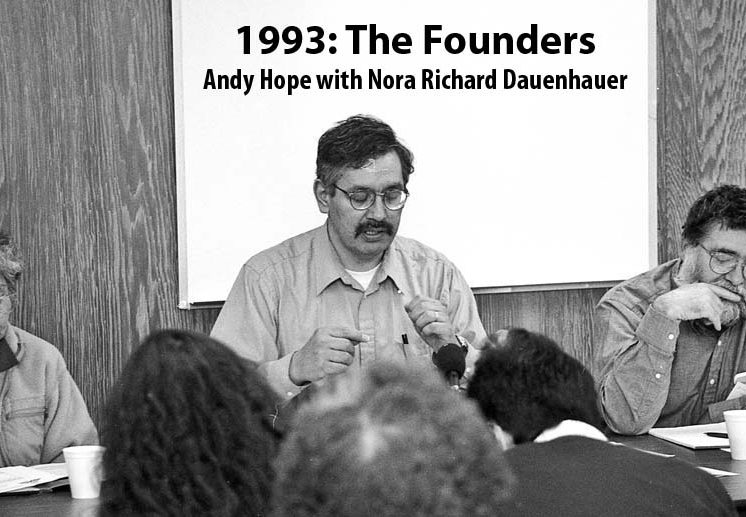 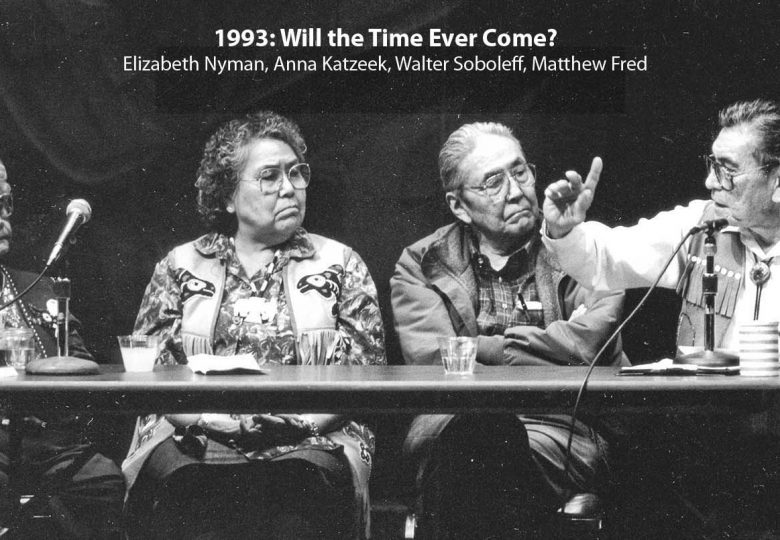 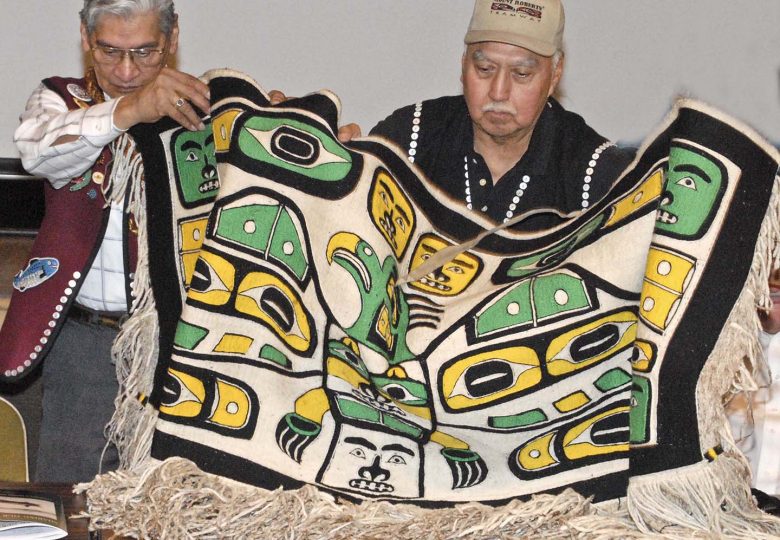 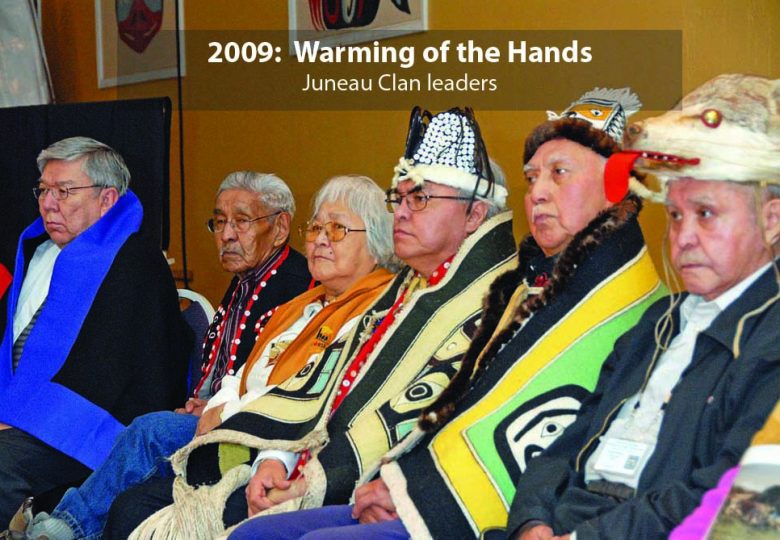 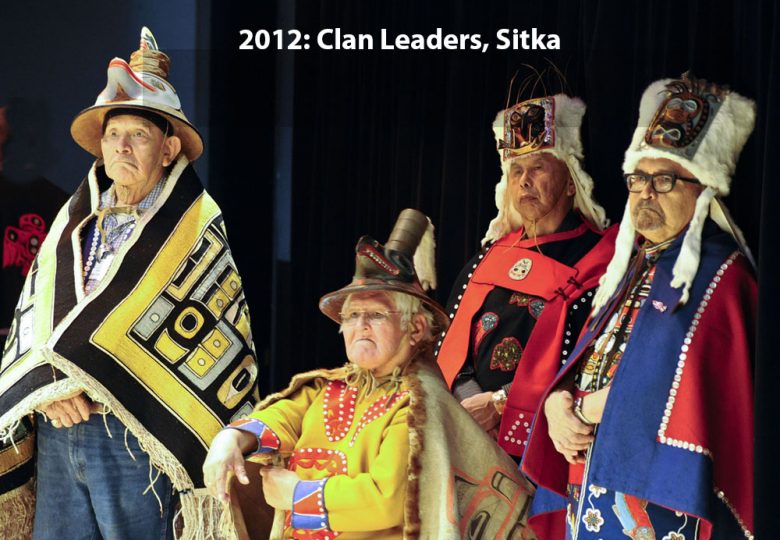 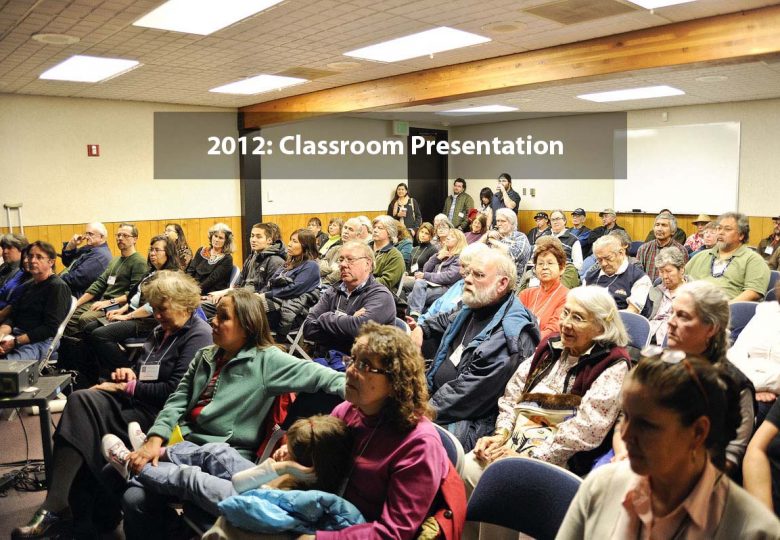 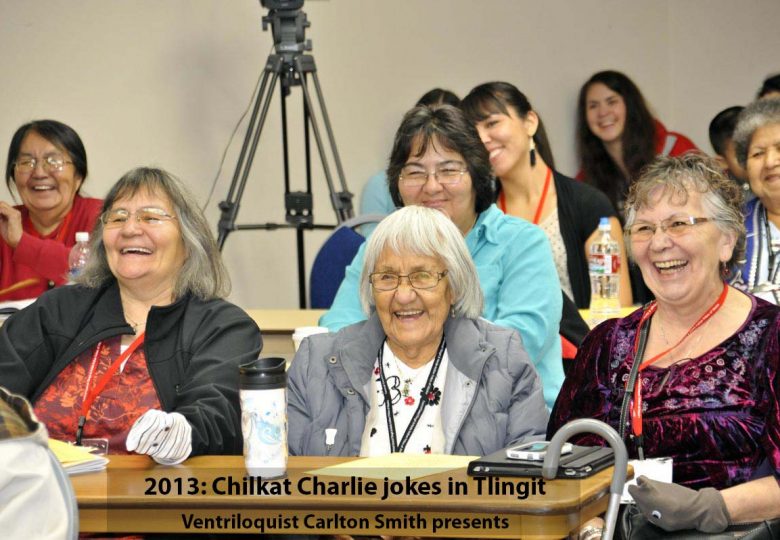 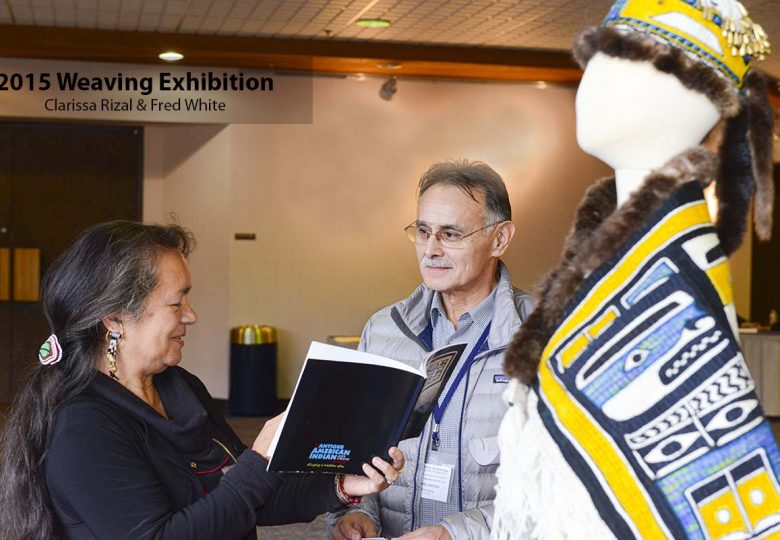 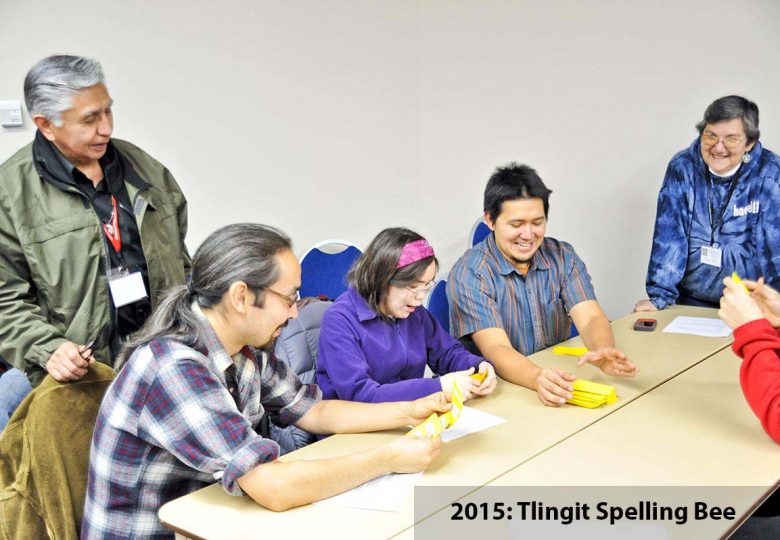 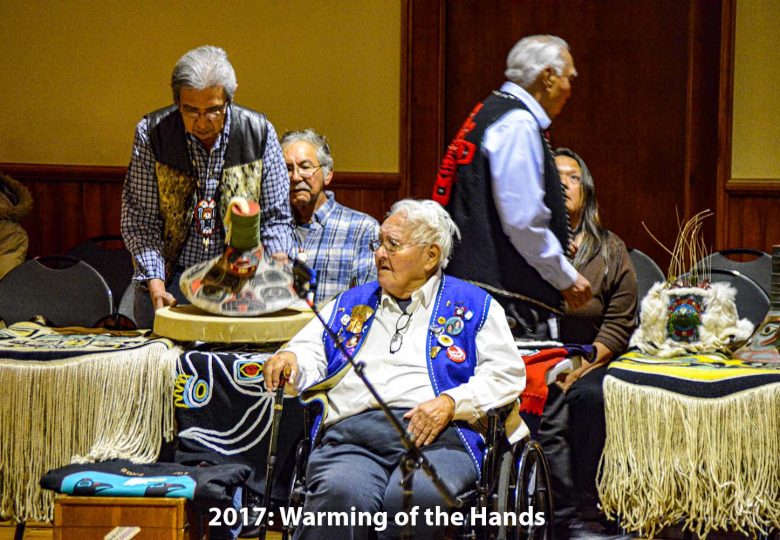 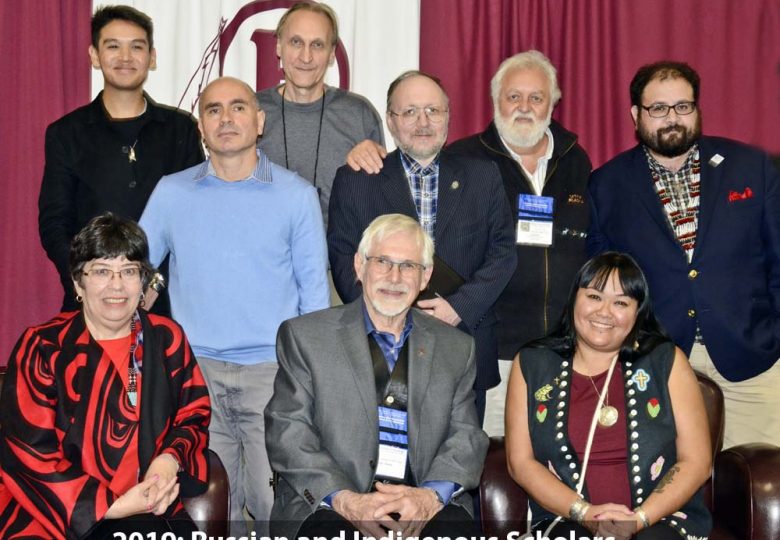 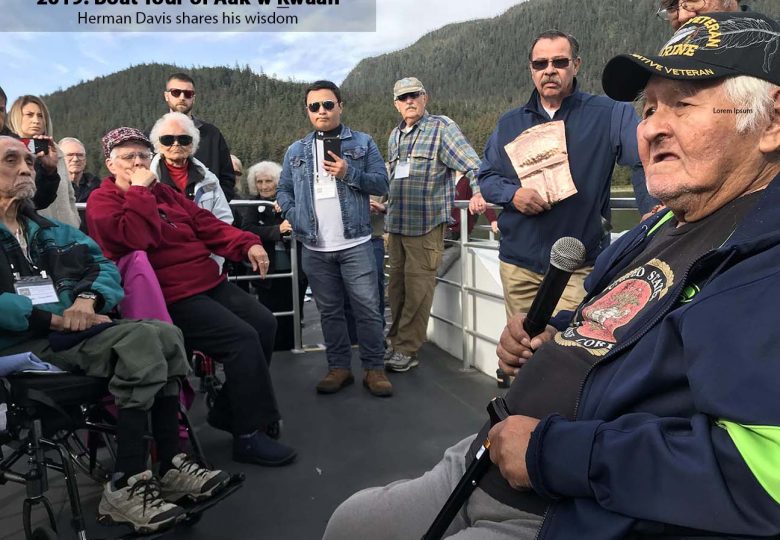 Special announcement: we have postponed the 2021 Sharing Our Knowledge Conference scheduled for Wrangell September 30, 29/October 1, 2. The postponement is due to a conflicting event (The Central Council Tribal Assembly, Sept. 30 – Oct. 2) and the uncertainties of the pandemic. We are now focused on planning for the conference next year in Wrangell, early September 2022.

We have accepted several presentation proposals, which will remain active until we are told otherwise. For those who wish to send a proposal for a 2022 presentation, please go to this Google Docs link; to find out more, feel free to email.https://docs.google.com/forms/d/e/1FAIpQLSc0bHTQvgGXylb5Xj7SdBCTICQ0gfvPM8XCtRFygSkOYKS07Q/viewform?vc=0&c=0&w=1&flr=0

Confirm that we’ve received your proposal by emailing: sharingourknowledgeconference@gmail.com

2022 CONFERENCE THEME: A Time for Peace

2019 Conference in Juneau: Now available on video is the four-day conference that concluded on Sunday, September 29, 2019. Held at three venues – the Elizabeth Peratrovich Hall, the Alaska State Museum lecture room, and the production studio of KTOO-TV – the conference was, in a word, fabulous! 330 people registered, and more than 200 additional people participated in affiliated cultural events.

Videos of the 2019 Conference can be viewed at this link: Click Here

About the SOK Conference

This unique biennial event is open to anyone with an interest in the indigenous peoples of Southeast Alaska and their Canadian relatives. Since the first Sharing Our Knowledge conference (then known as the “Clan Conference”) at Haines/Klukwan in 1993, this three- to four-day symposium has brought together Alaska Native and First Nations tradition bearers, elders, and fluent speakers of indigenous languages with artists, academics, researchers, students and other learners.

Each conference day begins with a plenary session followed by concurrent workshops, and on occasion, field trips. Evenings are devoted to cultural activities that include a Warming of the Hands (welcoming by host Clans) on the evening immediately prior to the conference, with other evenings available for Raven and Eagle/Wolf ceremonies, poetry readings, and other creative presentations. Weavers of Chilkat and Raven’s Tail blankets and other artisans gather to work on and present their creations throughout the conference. Alaska Native art sales are also presented.

For more about the conferences, see the article by Joaqlin Estus about the SOK conferences and the 2019 “Sculpin Hat Revival” in the Alaska Humanities Forum magazine, pages 10-16, Winter 2020:

Shukalx̱úx̱sʼ [Tlingit: Calling the end back to the beginning]

Over the four days of September 26-29, conference attendees met for plenary sessions in the Elizabeth Peratrovich Hall and then broke out into concurrent work sessions there and at the nearby Alaska State Libraries, Archives, and Museums facility, and in the production studio of KTOO-TV.

Associated events included the bringing out ceremony for the Sculpin Hat replica, gifted by the Smithsonian Institution to the Kiks.ádi Clan, and the Goldbelt Heritage Foundation healing events held during the evenings.

Presentations of weaving and other fabric arts, 3-D scanning of regalia, and demonstrations of Tlingit spear-throwers were held throughout the conference, which concluded on Sunday, September 29, with the “World of Aak’w Kwáan” orientation at the University of Alaska Southeast campus, followed by a boat tour of Auke Bay.

Summary: Special events included a Kiks.adí welcoming ceremony on Saturday evening, October 14; a Monday afternoon Kiks.adí ceremony at the base of Noo Tlein (aka, “Castle Hill”); and throughout the conference presentations by representatives of the Smithsonian Institution demonstrating 3-D scanning and how such scans are translated into plastic and wood, and an outdoor demonstration of the use of the atlatl, the spear-throwing device.

Other special events at the October conference included an on-going weaving workshop complimented by a retrospective (by Aldona Joniatis) on the work of Clarissa Rizal and Teri Rofkar, both of whom were the subjects of a beautiful documentary, “Lineage: Tlingit Art Across Generations,” produced by Scott Burton and Ishmael Hope, that was screened at the conference on Monday afternoon, October 16. The conference concluded on the morning of Tuesday, October 17, with a “wrap-up” brunch.

Videos of the conference can be viewed at this link: Click Here

Alaska Sesquicentennial: The October 13-17 conference in Sitka coincided with the October 18 Alaska Day observances of the 150th anniversary of the Treaty of Cession whereby the United States acquired Russian interests in Alaska. Our conference added new perspectives, those of Alaska Natives whose decades-long challenges to the so-called “Purchase of Alaska” were finally addressed in the Alaska Native Claims Settlement Act of 1971. Immediately following and in concert with the conference, a presentation on Tuesday afternoon at Mt. Edgecumbe High School, titled “Treaty of Cession: Causes and Consequences,” featured a panel of four Russian scholars and four Tlingit activists, a discussion moderated by Professor Stephen Haycox and produced by Peter Metcalfe. The panel discussion may be viewed at this link:  Click Here

Sharing Our Knowledge has received generous support from…

The Sharing Our Knowledge Conference provides venues, support, and encouragement for the presentation of topics relevant to the people indigenous to Southeast Alaska, and for the expression of their cultures through performances, exhibitions, and ceremonies. Any opinions, findings, conclusions, or recommendations expressed are those of the presenters and do not necessarily reflect the views of Sharing Our Knowledge.